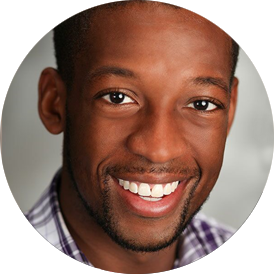 Originally from Lexington, KY, Brandon has been an instructor in the performing arts for over 15 years. His passion for performance began with musical theater and dance, continuing to the pageantry arts. Brandon was a member of the Madison Scouts color guard from 2003-2006. Afterwards, he performed with the Pride of Cincinnati, Juxtaposition Winter Guard, and the inaugural cast of the Pride of Cincinnati Dance Ensemble. His stage performance experience includes ensemble and principal roles in Rent, HAIR, The Nutcracker Ballet, and Hairspray.

After graduating from Miami University, he served as a musical theater dance instructor for Kentucky Conservatory Theatre. While pursuing his M.A. in Arts Administration from the University of Akron, Brandon was the Director of Dance Education at the Olmsted Performing Arts Center and also taught classes in jazz, contemporary, and ballet.

Brandon has been a designer and choreographer for color guards in the Kentucky and Ohio region including Paul Laurence Dunbar HS, North Hardin HS, Central Crossing HS, and Phoenix Independent Winter Guard.

Brandon is beginning his second year as a choreographer and designer for Cap City Percussion and Connexus Percussion. Brandon also serves as a Movement judge for the Mid East Performance Association (MEPA). He currently lives in Columbus, Ohio where he is an Undergraduate Admissions Advisor for Franklin University.